CAPP Takes a Lead in the Fight for $15 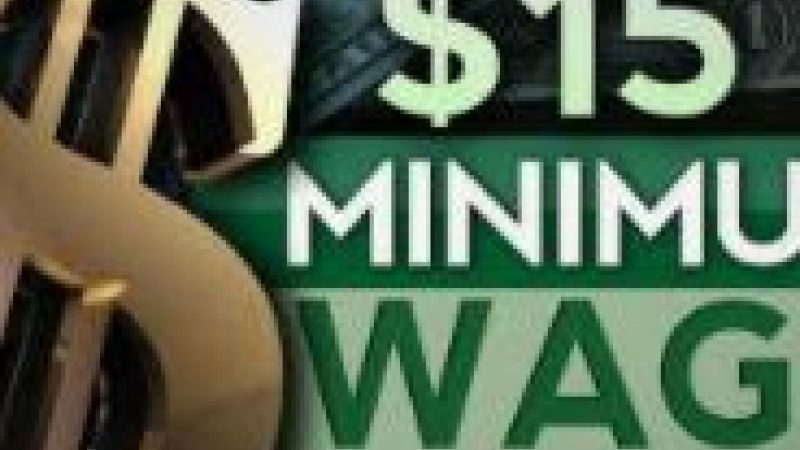 As of October 2019, all full-time employees of CAPP earn at least $15 an hour. This practice positions us at the forefront of the push for fair pay for the Rhode Island working class. The Biden administration has said increasing wages will be a priority and the President has already taken steps towards paying federal employees and contract workers a fair wage. Karla Walter, the senior director of Employment Policy at the Center for American Progress, said of the President’s January 22nd order:

"This order will also help close pay disparities for women, and Black and Latino workers (and) is a critical first step in delivering on (the President's) campaign commitments to raise wages for workers."[1]

CAPP is proud to be both a leader in the Fight for $15 and in line with the President’s plan to ensure workers receive the pay they deserve to support their families. Increasing the minimum wage will reduce the number of citizens who will rely on public assistance programs. In the event that the state or federal minimum wage is raised to $15 an hour, CAPP will be ready to assist residents with managing their finances to avoid missteps. Our Education and Job Development Department has been operating a Financial Literacy program for several years. Even through COVID-19, we ran 15-person virtual cohorts guiding residents through the do’s and don’ts of money management. The training touches on budgeting, paying down credit card debt, saving for emergencies and basic investments and mutual funds for long-term financial planning. Many of the residents participating in the program are working towards home ownership. Debra, a resident who participated in the first cohort of CAPP’s Financial Literacy program, learned about our classes from College Unbound. She wasn’t sure at first that it would be beneficial to her but she said she gained a better understanding of the language of finances.

“I needed to understand it so I could make better choices.”[2]

People of color, particularly women, are disproportionately underpaid in the American workforce. Raising the minimum wage will not only close racial and gender pay gaps but will additionally stimulate the economy and reduce poverty overall. In Rhode Island, while the current statewide minimum wage of $11.50 is higher than the federal minimum wage, it still falls shy of the established living wage, which is $14.92.[8][9] 43% of Rhode Islanders are currently working minimum wage jobs and would be affected by the increase, upping their annual income by an average of $2,900 per year. The age bracket most affected by an increase would be 25 to 54-year olds, comprising a major cross section of Rhode Island's workforce. Similarly, approximately 3,000 youth, aged 16 to 24, would see an influx of funds if the minimum wage was raised to $15 per hour. Overall, an estimated 112,000 Rhode Islanders would benefit from the increase.[10] As of this writing, gradually raising the federal minimum wage to $15 by 2026 is part of the President’s pandemic relief bill. The plan, if passed, would increase the minimum wage to $9.50 within the year.[11] There are voices against this endeavor as there have always been. One of the main arguments against raising the federal minimum wage purports that an estimate of 1.4 million jobs would be lost. According to the New York Times, “wages aren’t merely determined by market forces; rather, they reflect a tug of war between labor and capital…if the minimum wage had kept pace with productivity since 1968, it would now be $24 an hour.”[12] It remains to be seen if this particular aspect of President Biden’s plan will be approved but one thing is clear: America’s minimum wage workers are long overdue for a raise.